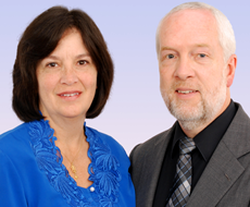 Roger and Susan Peterson are missionaries to France through Biblical Ministries Worldwide.  They have been serving their since 1980. (37 yrs.) They are church planters.  They work with a church until it is able to sustain itself with a national Pastor and staff.  They have started many churches over their years in France.  Currently they and their church are seeking God's wisdom and guidance as they begin the search for a Senior Pastor in  Chamboucy church.
Roger and Susan’s ministry has basically been initiating and managing the enactment of strategic objectives, mobilizing the believers for evangelism and church development programs that are within the parameters of the missions statement and core values of the church; encouraging, training, and developing new leadership within the church and helping to implement the vision of the church to start daughter churches.  Two daughter churches have been started in Versailles – population of 100,000 (started in August 2011) and in the Boucle de la Seine region (9 cities in the western suburbs of Paris), with a total populations of 182,000 (started January 2012). Both churches are growing and maturing and have their own pastoral leadership teams and are financially independent.
Personal Life
Roger Peterson was born in Brussels, Belgium in 1954, raised in a missionary home in Congo and then France. He came to know the Lord at the age of 16 attending camp in the French Alps. He began preparing for a lifelong career in missions at the age of 20.  Susan was born in Wilmington, Delaware in 1954, to Christian parents. She was raised in New York, Teas, Iowa and Pennsylvania.  She came to the Lord at the age of 13 while attending summer Bible camp.  During the summer of 1974 the Lord made a clear call for full time mission work to France.
Roger and Susan met while attending Philadelphia College of Bible. Susan graduated with a BS in Biblical studies, and Roger graduated with BS in Biblical studies and a BM in vocal performance. They married in 1975.
Roger and Susan Peterson have been blessed with five children, all grown now: Glenn (39) lives in Paris, France with his daughter Chloe(11); Jennifer (37) lives in Chicago with her husband Pepi and three sons; Catherine(34) a lawyer, lives in Denver; Wesley(33) an electrician , lives in Kansas; and Nadine(29) lives and works for a law firm in Paris, France.
Roger’s favorite food is:  roosted leg of lamb with fresh rosemary, garlic, mustard, honey and lemon zest, accompanied by oven roasted potatoes.
Favorite verse is Proverbs 3:5-7
Latest Newsletter/Video 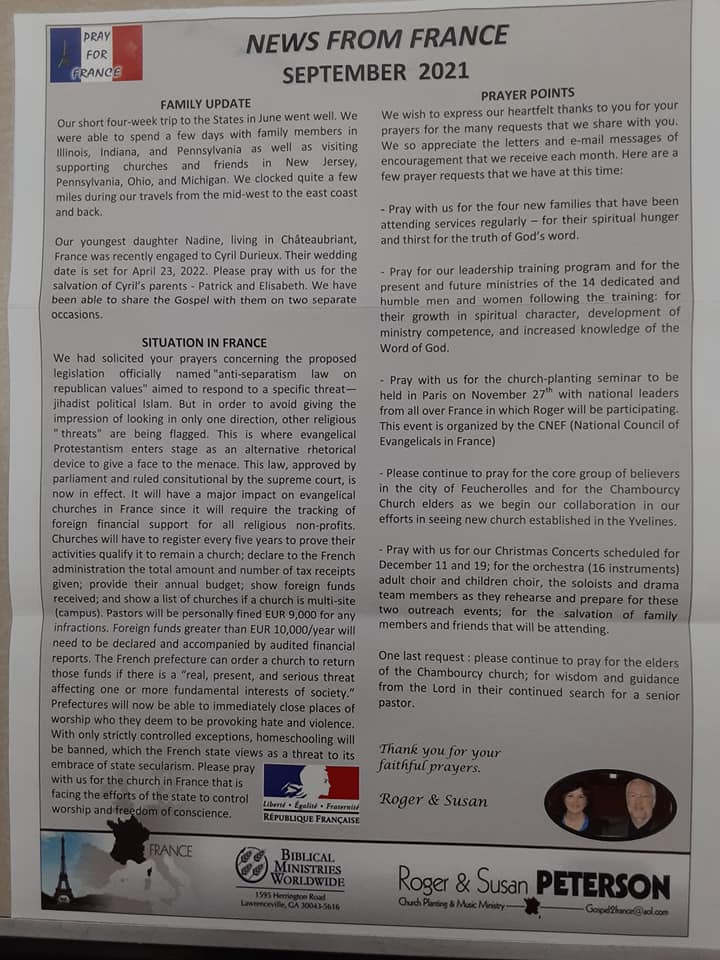 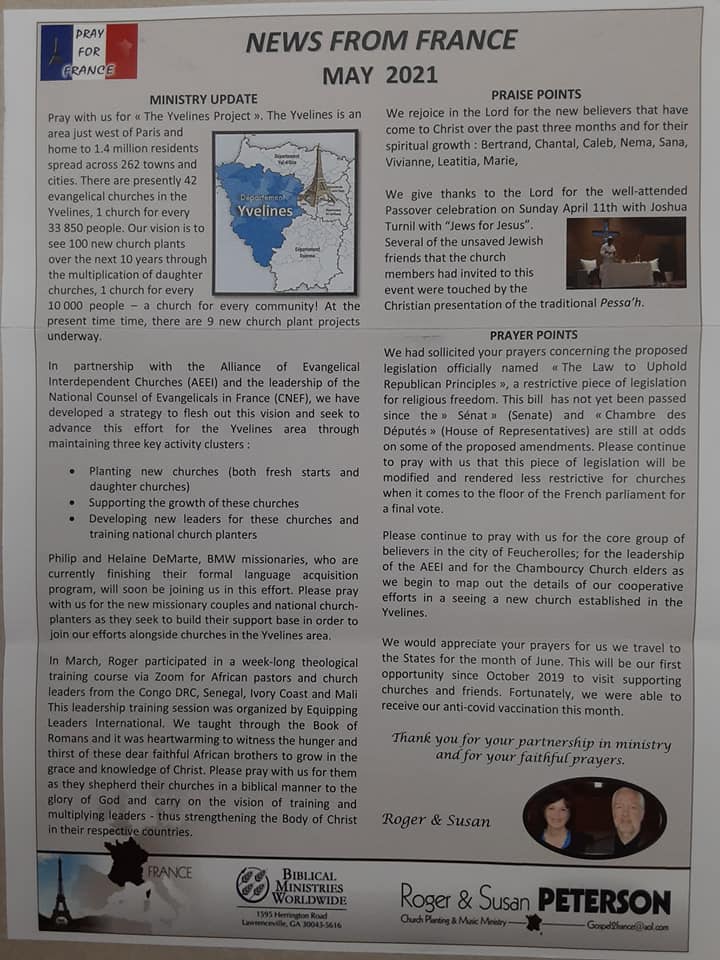 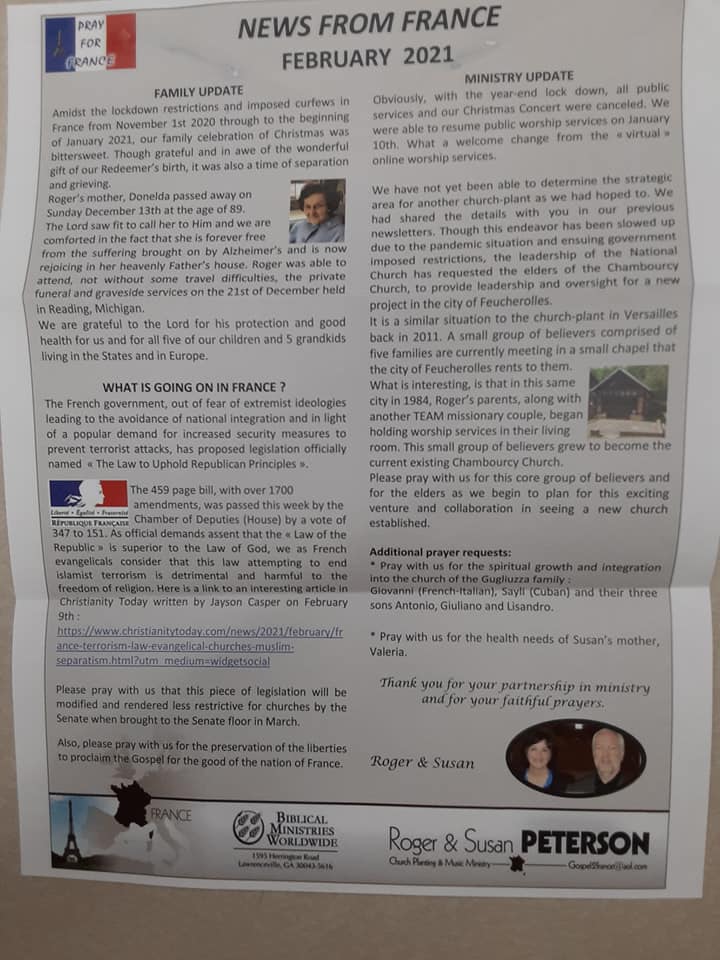 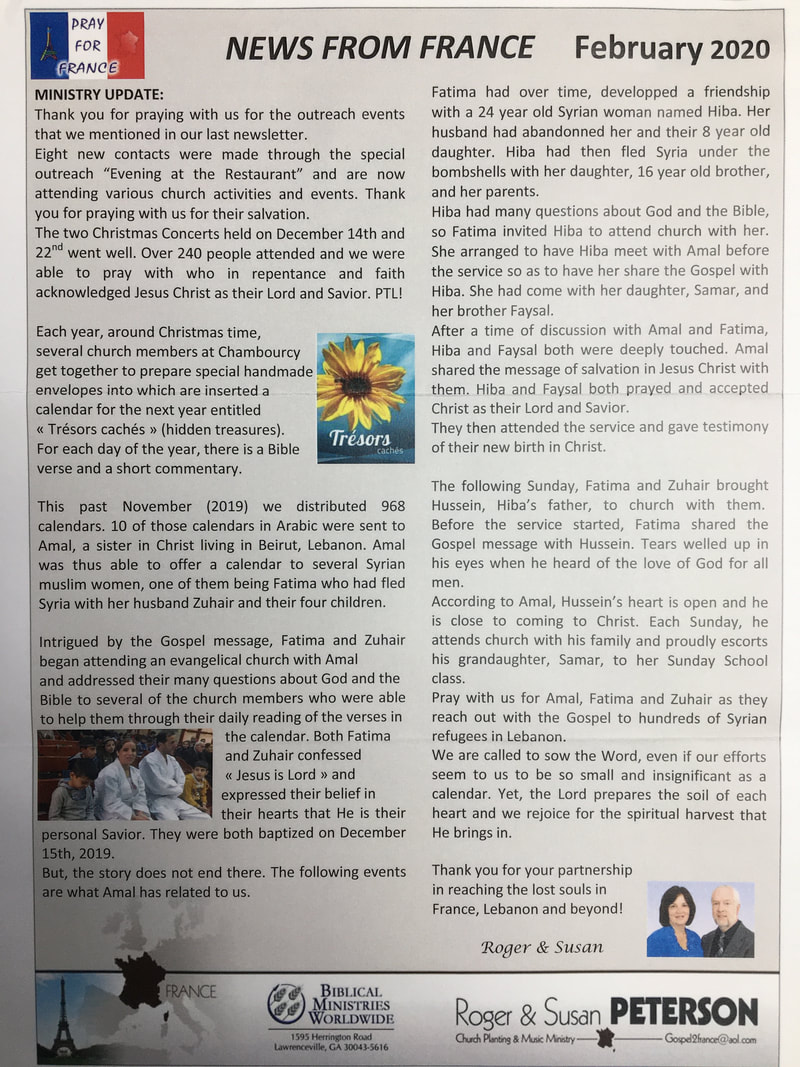 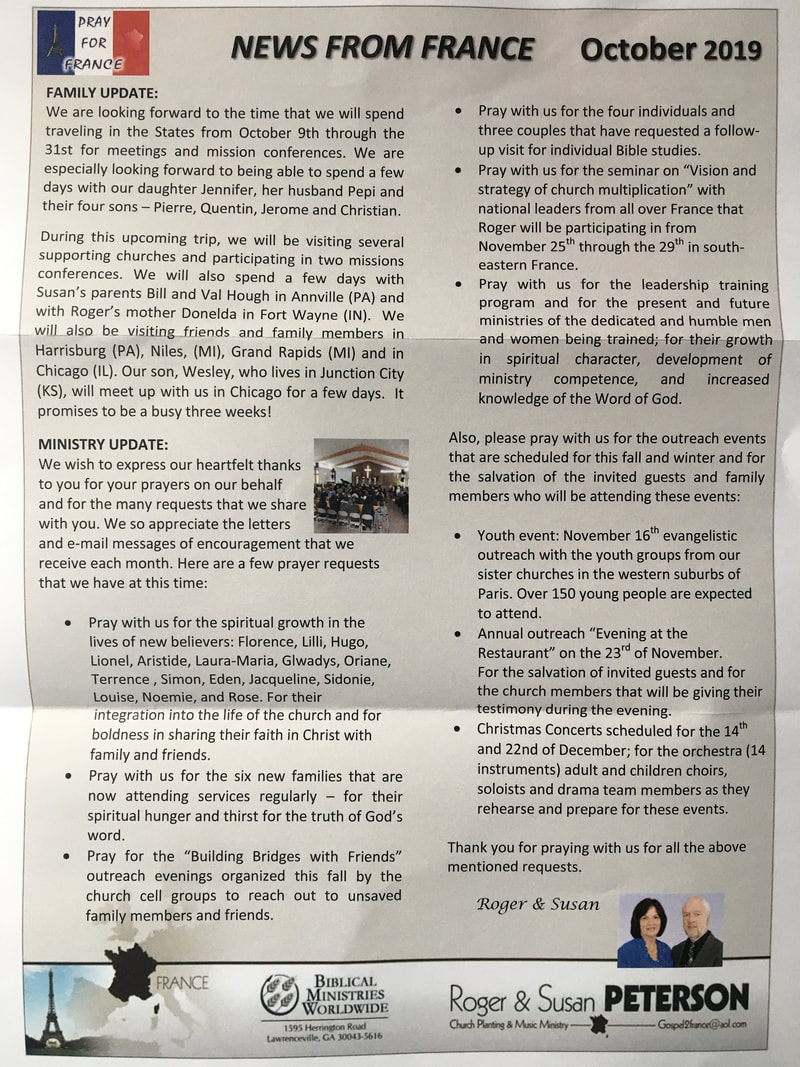 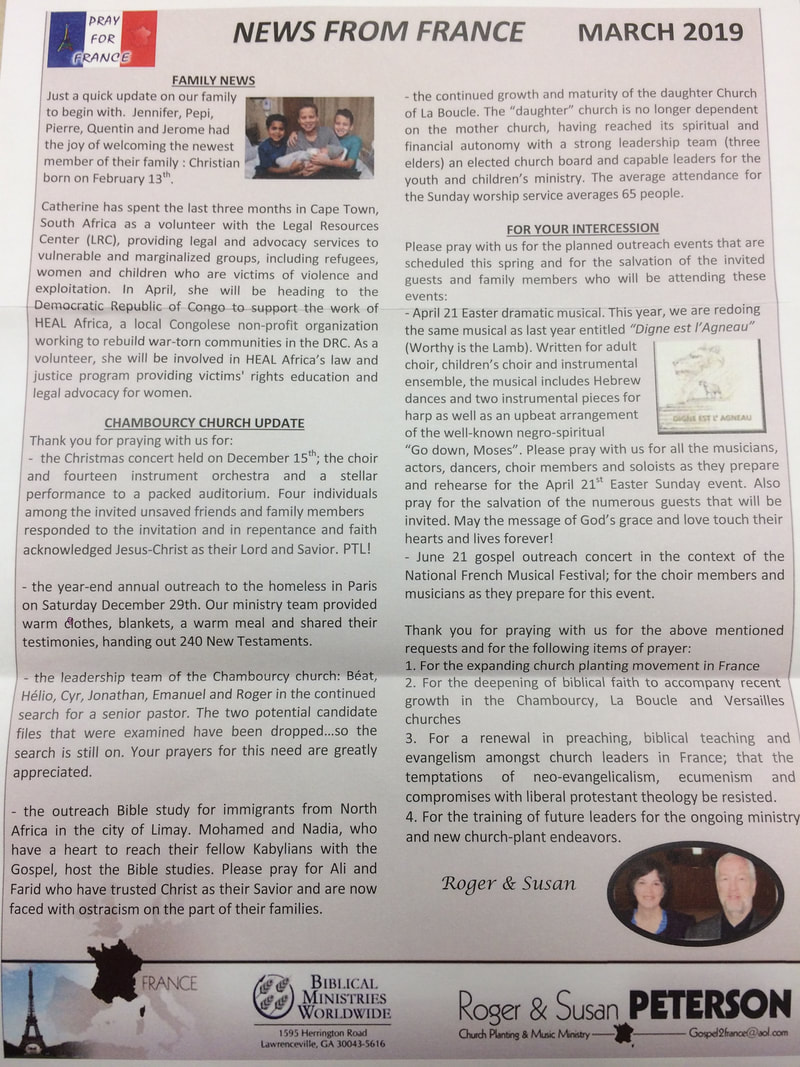 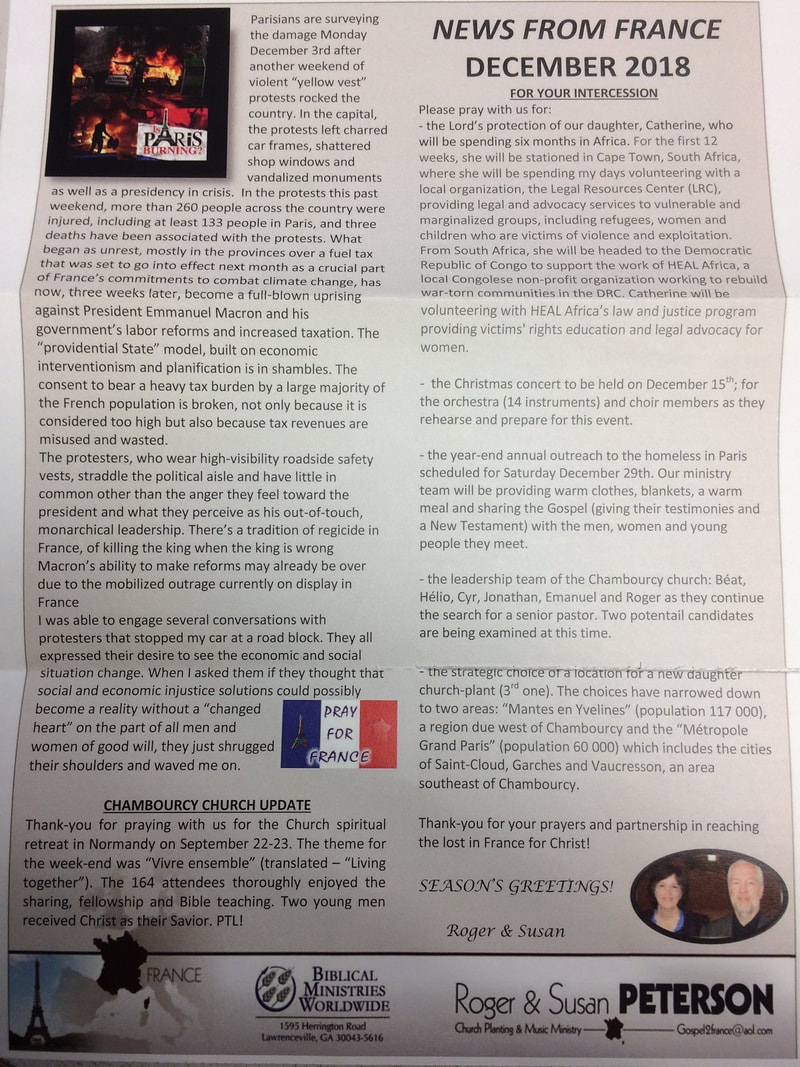 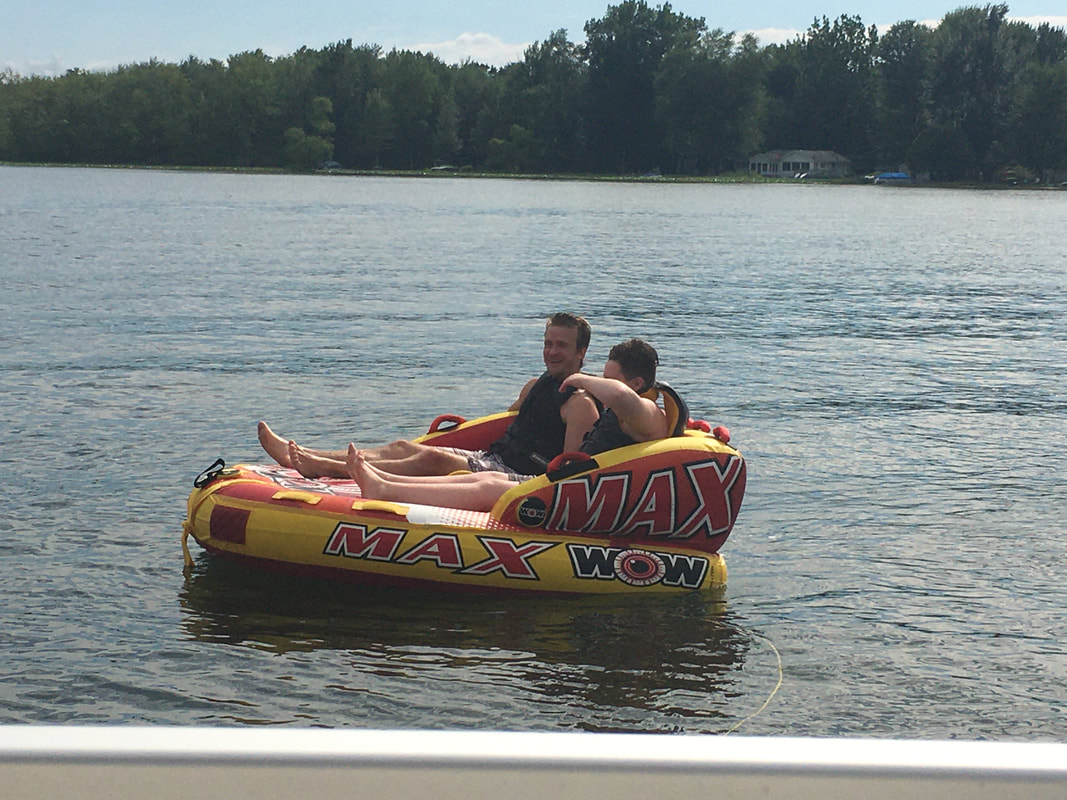