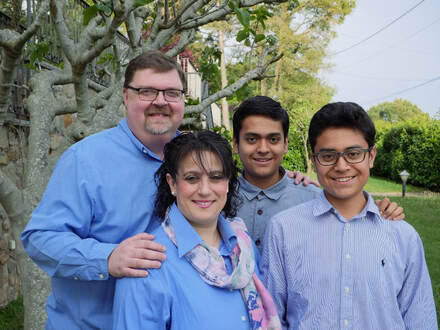 
Just a note to all.

My surgeon gave me the surprising news that I had to postpone returning back to Spain for another 3 weeks! He put his approval on my returning on the 1st of March. Wow! I did expect one more week and returning on the 15th but that didn´t happen. I´m very grateful that, apart from the refracting rays on the little bubble in my eye, my eyesight is fully recovered. And content to be where the Lord has me...though I know it´s a bit hard on Olga. Thanks for your notes and prayers!

We are overwhelmed by the extra gifts and offerings y´all sent to us this last month! Sometimes we just sit
still wondering how the Lord is going to supersede our circumstances...and He always does... We are very
thankful.

Can you believe it? We´re at the end of January already.  Olga came to Wisconsin at the end of December for
3 weeks and left on the 18th. It was a blessing to have her here with my not being able to drive safely--a public
thanks to CSBF for providing for her plane ticket. She drove us around and helped in so many ways.

It looks like the doctor may let me get on an airplane when I go for an appointment on Feb 6th. On a related
note, I would ask for prayer that our insurance in Spain would cover a good chunk of my eye surgery bill.

Olga´s back in Spain now with her activities with the children. The day after she got back home, Catalunya, our
state, had the biggest rain and snow storms it´s seen in decades. A foot and a half of snow in places that get
paralyzed with only half an inch! And then a tremendous amount of water fell on that same day! I´m thankful
there were no leaks in our house and that the literal river that was flowing by our home didn´t affect the electrical
installation, which it did in our neighbor´s house.

As for me, Kevin, I´m happy to be here these last few day helping my parents, speaking a bit at church, using
the snowblower, preparing my future Bible studies, visiting with my Dad, Mom, family,... which is so nice. Dad
will be staying at the long term facility from now on, but my Mom would like to bring him home quite often during
the week.

I´ll leave you with a few pictures. Thanks again for your prayers and generosity, notes of encouragement. They
have been a big blessing.

Singing Christmas songs with the residents at the nursing home

Christmas Fair in Moià on December 15 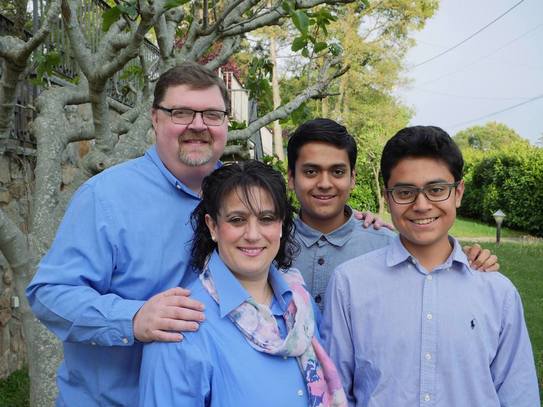 From 2006 to 2014 Kevin and Olga split their ministry between Castellbisbal and Moia, Spain.  In Moia they made many contacts and friendships ( joined the town choir, held Bible expos, Christmas and Resurrection week evangelistic concerts and taught English in an academy and in a cultural center. They also helped to organize Bible camps for kids and young people. In 2014 Kevin and Olga felt the need to concentrate their efforts in Moia. The church family had grown some.  They rented a small meeting place in the center of Moia.  Olga’s children’s club began to grow and she now has 12-20 kids that come to club on Tuesday after school.  She has many Muslim children coming which is quite a challenge.  Moia is a challenge and always has been.  Many have tried to plant a church there and have failed.  It is closed to the Gospel and is very New Age and leftist in it’s political leanings.  Their congregation has had it’s ups and downs in the last year and a half and right now it is low due to a lack of commitment to Christ and a high priority to working and to one’s family.  Please pray for Kevin and Olga as Moia is heavy on their hearts right now. 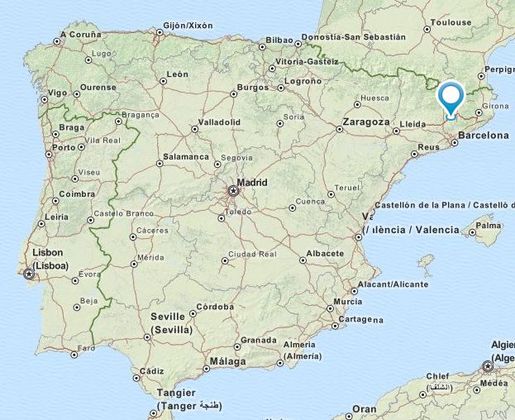 In February of 2017 the Lord opened the doors to start a Bible study in the city of Vic which is about 40 minutes away from Kevin and Olga.  Vic is a town of 42,000 people.  They lead a Bible study on Tuesday mornings. They record all the sessions and put them on WhatsApp for many people to listen to that are unable to come to the Bible Studies.  They now have people listening in Olot which is 35 minutes from Vic, Madrid and Venezuela.   Kevin then has a Bible study in Badia del Valles.  The Bible study is held in a small ground floor storefront apartment building.  There is a congregation of around 40 people who are faithful believers.  They are faithful in passing out tracts and attending meetings and are now planning to start a Good News Bible club in the same place that Kevin teaches the Bible Study.

Kevin and Olga attend a sing-time during the week on Thursday nights with the town choir in Moia.  Stephen and Olga are involved with the Manger Scene association in town months before Christmas.  Kevin attends an early Sunday morning breakfast with the men in town who are not believers.  Kevin has almost finished translating the New Testament Bible teaching materials of Bible Visuals International.  They help organize retreats or conferences for families, couples, ladies or men.    ​ 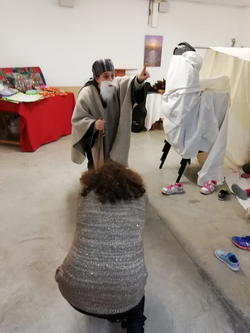 Our calendar year starts over again...and God's calendar moves on too. Happy New Year!
Just a short note to let you know about the latest happenings.

On the first days of December Kevin traveled over to the U.S. to help his Mom for 15 days as she cared for Dad who had had a heart attack. Things got complicated and Kevin stayed for another 15 days. However, some days later a cloud started growing rapidly in Kevin´s right eye and on the 24th the eye doctor sent him by medical emergency to the UW Hospital in Madison. At 11am he had the eye exam and at 3:30pm he was in the hospital waiting for surgery. Surgery lasted for 2 hours on Chrismas Day. The surgeon was able to reattach the retina (50% was detached). We´ll see what level of vision there is in about 10 weeks from today. Now I´ll speak in first person. :-) You know, I marvel at how the Lord had me in the right place with the right people at the right time. Everything went so fast!

The doctor had me face down for 3 days and has told me I can´t fly as long as the gas in my inner eye hasn´t dissolved--that´s 6-7 weeks from Christmas Day! So the Lord has me here in Mazomanie, WI and Olga just arrived here to be with me for about 3 weeks.

My Dad has been in the hospital twice now and is presently in a rehab home. Hopefully he will get to be strong enough to walk well and go home. Pray for Mom and Dad, LeRoy and Barbara Kenney, whom many of you supported for many years. Pray especially for my Mom as she cares for my Dad.

I´ll send you a couple of pics of the Kids Bible Club as they wrapped up the end of the year with a Christmas story. You´ll not recognize Olga as she dressed up as one of the Wise Men. :-) There´s also a picture of Christmas Day dinner at home. Olga actually had a variety of saved and unsaved people, friends and lonely people... I couldn´t be there but it was a good time, I´m told.